We're going to be away for a while...

As some of you know, APPARENTLY we're moving.

Neither myself nor that Ham were consulted, and we did not get to inspect this new home. Add to this that the Rumbleparents have been out late doing things at the new home and we haven't been getting our dinner on time, and everything is a MESS here...

We are most displeased.

We'll be back next week some time, once we're in the new place. I hope you're all doing well.

Eric was a beautiful mancat, who loved his brother and his family very much. Together they had some amazing adventures and nommed on a lot of mice. He really was a special boy, and a big cuddle bunny when it came to his daddy.

Our mummy had a MASSIVE Eric crush, he was irresistible with his sweet little face and beautiful nose.

My heart goes out to Eric's family, and very much to Flynn.

Comments are off today, please stop by Eric's blog and leave a comment there for his family instead.
Posted by dArtagnan Rumblepurr/Diego Hamlet Moonfur at 7:58 PM

And the winner is...

We have a winner in our Ambertick contest!

Through the wonder of 'Random Line Picker' (an online random name picker) we have drawn the name of...


I wish we could give prizes to everyone that entered, thank you all so much for participating!
Posted by dArtagnan Rumblepurr/Diego Hamlet Moonfur at 6:21 PM 16 comments:

A handsome mancat, enjoying a leisurely evening in his most beloved tent.


A sound in the distance alerts him to danger afoot!


But our handsome protagonist is determined to be undisturbed!

And becomes a bit of an annoyance.

A giveaway from our friends at Ambertick!

The wonderful people at Ambertick have given us one of their beautiful cat necklaces to give away to one of you guys!

The necklaces are really cool - they're an all natural way to repel fleas and ticks.  The natural resin from the amber keeps away the ticks and fleas by absorbing into the fur. The amber also contains succinic acid, which is directly absorbed into the skin and bloodstream. Succinic acid is highly antimicrobial, boosts immunity and anti-inflammatory. Plus they look really stylish, they have a natural leather fastener!

You can find out more about the necklaces here. They're really pretty - the one we got looks like this (it's still in the package - but you can get the idea) It's 35 - 40 cm / 14 - 16 inches. For a better view of the necklaces visit the Ambertick site. 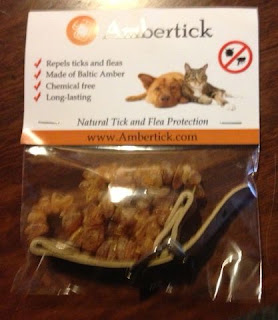 Edited to add: Everyone is elegible for this one, regardless of location :) 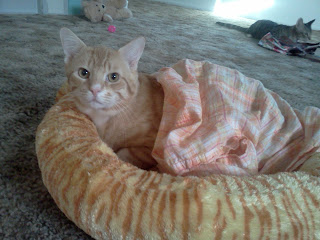 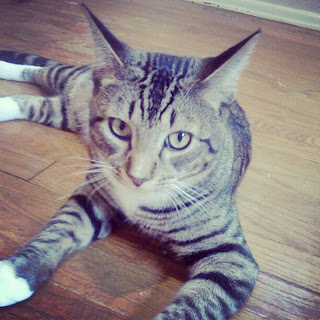 Edited: Miss Jan has pointed out that they're no longer appearing on the shelter site. I don't know why, and they were up yesterday... maybe someone has adopted them? I sure hope so, because that would mean they're together still...
Posted by dArtagnan Rumblepurr/Diego Hamlet Moonfur at 2:17 PM 29 comments: 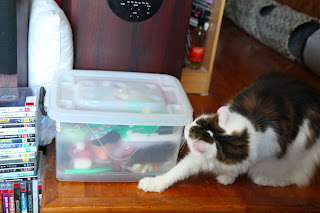 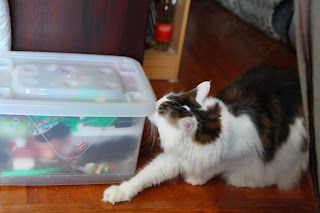 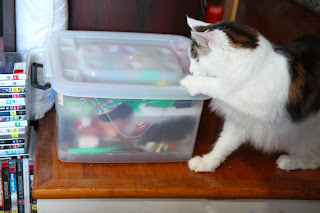 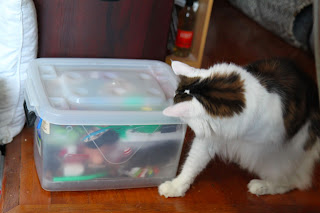 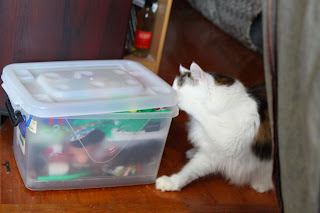 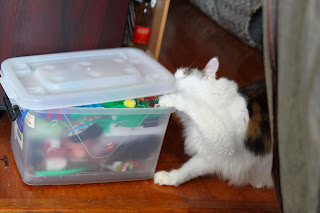 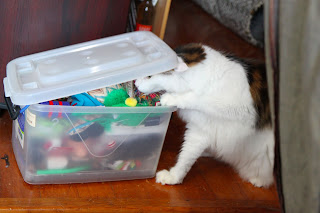 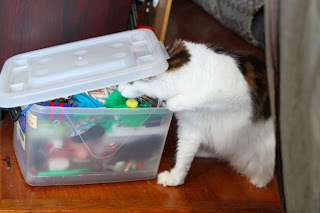 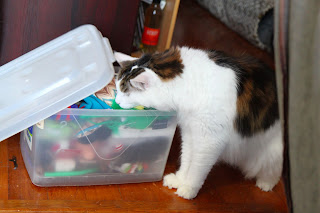 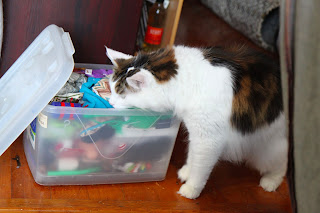 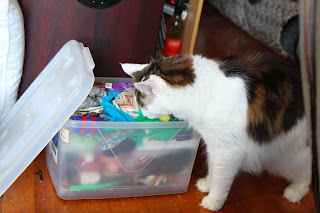 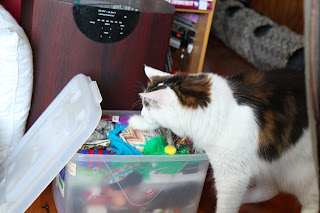 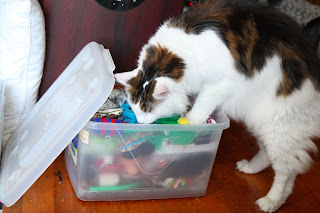 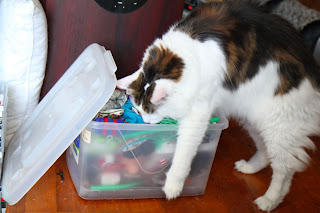 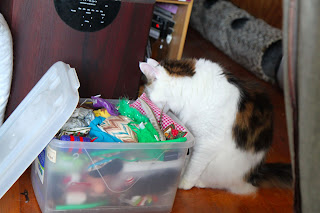 Suddenly there are boxes all over the place. Empty shelves. Vacuum packing.

I don't know what the deal is, but I have an uneasy feeling.

That being said, this is a mighty fine napping spot!!